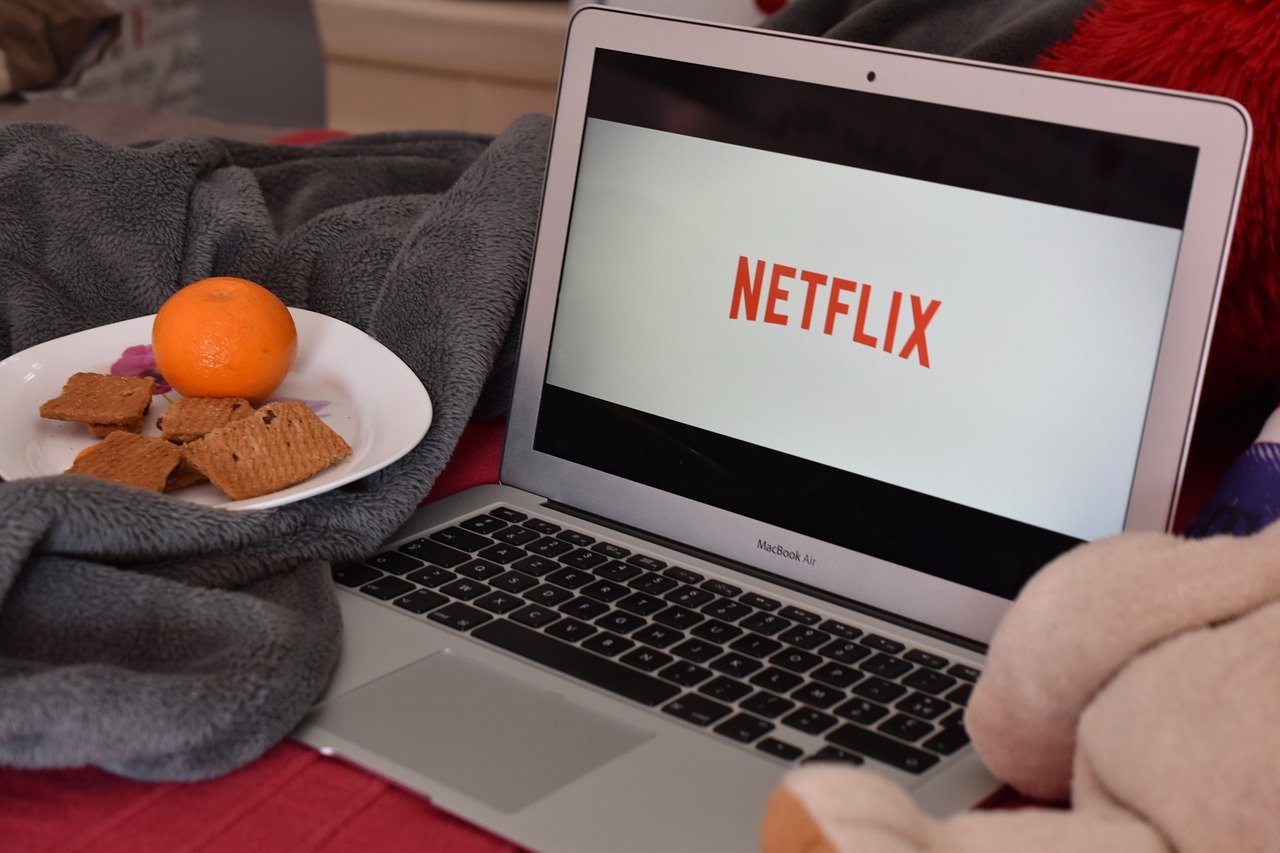 France has arguably ranked among the best international film producing countries in the world. Here, the film industry was born in the late 19th century in the hands of the popular Lumière brothers and the revolutionary firm Georges Méliès. Since its inception, French cinema has undergone evolutions in terms of filmmaking and the nature of acting.

There have been advancements in the use of graphics and character roles from prowess actors and actresses. Additionally, most French movies now have English subtitles making it easy for international fans to understand and enjoy them.

Under the guidance of a perfect blend of France-born filmmakers and others from different parts of the world, France has been a source of internationally recognised films. This guidance, coupled with France’s rich cultural history, participation in world politics, impacts of war, rich cuisines and unmatched taste of fashion and music, France has produced first-class international movies.

Indeed, French films are known for their bold subjects (themes) and realism. Additionally, they cover many genres: comedy (check out my list of great French comedies), romance, horror, fantasy, drama and adventure. Regardless of your taste, you will have a movie to serve your needs.

Netflix gives you a wide selection of international movies wherever you are in the world. Below is a list of the best French movies available on Netflix.

School life is a drama and comedy movie released in 2019 by Mehdi Idir and Grand Corps Malade. This movie is based on the daily happenings of a school in Saint-Denis, Paris.

Here, a new vice-principal, Samia Zibra (Zita Hanrot), joins a Parisian middle school in Saint-Denis. However, her fellow teachers warn her about the nature of students in the school. Most of them lack a proper background to see them through successful education. Teachers are trying to get the best out of the situation but are faced with motivational issues.

However, Samia, the new vice-principal, views things from a different perspective. She gets to know most of the students and especially Yanis Bensaadi (Liam Pierron).

Yanis is a bright and intelligent student who seems disillusioned by a world that has turned its back on him and his humble family. Samia tries all means possible to help this intelligent but disillusioned student. Will she manage?

This movie also addresses some topics such as house parties and teen sex, among other issues present in the typical life of school-going teens. All the issues are rounded up in an easy to understand way, topped up with some funny scenes.

Atlantics is a 2019 romance, drama and fiction movie. It’s a unique love story dominated by ghosts, politics and plenty of twists.

This movie is set in Dakar, where there is a futuristic tower is under construction. However, the workers here have gone for months without pay. They decide to leave by the sea, searching for greener pastures in Spain.

Among these workers is Souleiman (Traore), who is madly in love with Ada (Mame Bineta Sane). Ada is, however, betrothed to another man, Omar (Babacar Sylla).

The journey by the sea becomes fatal and all the construction workers die. Ada is worried about her lover Souleiman. However, she had no option but to marry Omar. On their wedding day, Omar’s bed mysteriously catches fire in what is suspected to be an arson attack.

In the days following the fire incidence, Ada falls under suspicion. She is subjected to interrogations and tests, including a virginity test. However, strange occurrences begin happening, among them strange illnesses.

It turns out that the construction workers who died in the sea are back and their ghosts are possessing Dakar’s residents. They all want payback from the tower’s owner apart from Souleiman, who wants Ada. It is an interesting French mystery romantic drama to watch.

Antoine Griezmann, popularly known as “the making of a legend,” is a 2019 documentary directed by Alex Dell.

This documentary targets soccer fans as it revolves around the life of Barcelona and Athletico Madrid’s striker Antoine Griezmann. It unfolds his journey from his first Spanish club, Real Sociedad, to becoming a renowned world soccer champion. His FIFA WorldCup win with France in 2018 was the inspiration behind the production of this movie. Highly recommended for sports fans!

Bro is another deeply moving 2019 French drama directed by Julien Abraham. It revolves around the life of a young boy, Teddy (Mohamed Sylla), who is on the verge of protecting his younger brother from their violent father. He is then accused of murdering his father and is sent to a closed educational centre as he awaits trial. It is a brutal place full of wayward gangsters, where he doesn’t know the rules and faces a hard time.

However, he meets inspirational people along the way who seem to support him, but will their help and support be enough? Get to watch as new events unfold in Teddy’s life as he struggles with his past and bad influences.

Lost Bullet is a 2020 French action and thriller movie directed by Guillaume Pierret. This action-filled movie is about an ex mechanic’s life, Lino (Alban Lenoir), who is on a relentless journey to clear his name after being framed for murder.

Going by the title, “Lost Bullet,” a single bullet is what he needs as evidence to clear his name, but how can he find it? He has to use his impressive driving skills, real stunts and fight scenes to help prove his innocence. Be ready to watch cars turn upside down, blow up and break into pieces. There is much action for your eyes to behold.

Are you into horror movies? You will love this one. Get in, a horror-thriller film, was produced in 2019 by Olivier Abbou.

This movie revolves around Paul Diallo (Adama Niane), his wife Chloe and their son Louis. Upon returning from a vacation, they find their gate locked and their house occupied by squatters. The squatters, Sabrina (the family’s baby sitter) and her partner Eric, claim the house belongs to them.

Their plan of involving the police turn out to be futile. They now have to live with that nightmare.

Watch the disturbing scenes of their newly adopted way of life and the quest to find help from their friend Mickey. Will they finally get back to their house?

I Lost My Body is a 2019 adult animated French movie full of fantasy and drama. Directed by Jeremy Clapin, this fantasy animation begins as a severed hand escapes a laboratory refrigerator in a journey to reunite with its body.

This hand remembers their past life, including falling in love with a beautiful woman. It belongs to a young man, Naoufel (Hakim Faris), who is in love with Gabrielle (Victoire Du Bois).

This story is told in flashbacks and is dominated by themes of loss, blame and guilt. Get to follow the hand’s journey back to its owner and the events that unfold between Naoufel and Gabrielle. I think French anime is often under represented, and it feels great to see such a good anime movie coming from France.

Jonas (I Am Jonas)

I am Jonas is a 2018 romance and drama movie directed by Christophe Charrier. It is a heart moving film LGTQ film set around love, guilt, forgiveness and embracing differences.

It revolves around Jonas (Nicolas Bauwens), a shy gay boy who has difficulty making friends. However, his life changes for the better when a new boy, Nathan (Tommy Lee Baïk), shows up in school. The two click straight away and end up being very close friends.

One night, the boy’s life changed forever. In a kidnapping attempt, Jonas escapes but never sees Nathan again. Jonas lives with this guilt for more than two decades, after which he confesses everything to Nathan’s mother. Nathan’s mother forgives him!

How will his life change after the weight is lifted from his shoulders?

Bad Seeds is a 2018 french comedy directed by Kheiron, who also plays the lead role.

This comedy is centred around Wael (Kheiron), a street con who earns a living from small scam with the help of his partner in crime, Monique (Catherine Deneuve), his adopted mother. However, his life changes when he is forced to work as a mentor to a group of six teenagers expelled from school.

Amid the difficulties, he manages to find a way of mentoring the kids. He uses his personal story and other tricks to gain the trust of the rebellious kids. He uses this opportunity to heal his past and find a place in society. Watch the struggles Wael goes through in dealing with the willful kids seeking to spoil all his efforts.

I Am Not an Easy Man is French romantic comedy is a 2018 film directed by Éléonore Pourriat.

Damien seduces Alexandra (Marie-Sophie Ferdane), a novelist and a chauvinist in this female-dominated world. How will their relationship work? Get to watch the comic scenes that unfold as Damien tries to adjust to win over Alexandra’s heart.

The above movies are just a glimpse of what Netflix has in store for French movie fanatics. Try out the above movies and watch a collection of others available on Netflix and get to enjoy what the French world and culture have to offer (plus, check out my list of great French series on Netflix).

Have you seen any other interesting French movies lately? Do share in the comments. 🙂